Katarina Mazetti - The author of all genres

Katarina Mazetti was born in Stockholm but grew up in Karlskrona, naval port in south Sweden. She went into journalism, starting off at local papers. She took an MA in Literature and English at the University of Lund and worked as a teacher, later as a radio producer and reporter. For 20 years she lived with husband and four children on a small farm in north Sweden. She now lives in Lund. Over the years she has written books for all ages as well as literary reviews, lyrics, sketches and columns for papers and radio.

Her first children’s book was a picture book in classical hexameter. Her first novel for adults, Grabben i Graven Bredvid (in english; Benny and Shrimp, translated into 22 languages) was based on her experiences as a farmer´s wife. It was a great success and sold 450 000 copies in Swedish. In 2002 it was made into a popular film, seen by more than a million Swedes.

She has attended literary events in several countries, among them Russia, Germany, Canada (Aloud International Readings,2006) and France (where she was nominated for Prix Cévennes in 2007). Benny & Shrimp will be introduced on the USA pocket market (Penguin, aug 2009) and the film has recently been shown in Manila… Last Years book, ”My Life as a Penguin” will appear in Germany next year. Several new translations and films are work in progress. 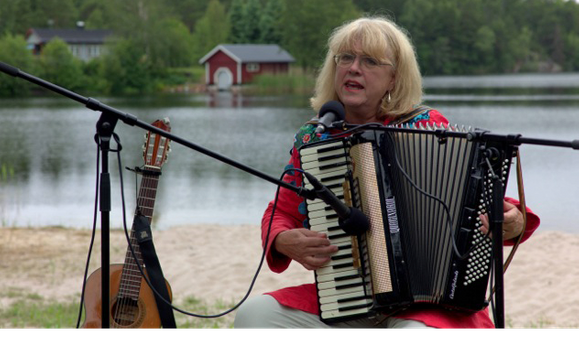 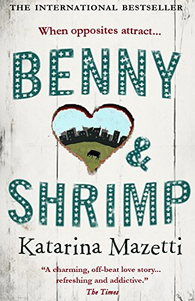 "A bestseller in Sweden, this offbeat, down-to-earth love story is refreshingly light to read and becomes slightly addictive.[...]

Interview with the author

Katarina Mazetti began her career as a teacher and later moved into broadcast journalism. She is a prize-nominated author, commentator, musician, poet, and the producer of “Freja,” a program for women on Swedish radio. Benny & Shrimp has sold more than 450,000 copies in her native Sweden.

What was the original seed or inspiration for this story?

Actually, a funeral. I was living on a farm at the time, married to a farmer. One of our neighbours died a horrible death, crushed under a tractor. It was a tragic funeral, but I knew that his wife had been considering divorce, I thought “Can you really feel grief for someone you are about to leave, or would you fake it?" One day at work I was expecting a phone call from abroad and could not leave my desk. Slowly I started writing a short story about a woman who is ashamed that she cannot grieve for her husband properly. Suddenly, there was this man sitting on a bench nearby on the cemetery… And the book started writing itself. I think he entered the story somehow because I was getting more and more annoyed that town people know so little about the hard work of farming and ask stupid questions like:”So tell me – what do farmers do during the winter?” As if dairy cows go into hibernating!

Each chapter begins with a bit of poetry taken from Desirée’s notebook. You’re a poet yourself; did you begin this story with the poems, or did they come later? How difficult was it to write poetry in Desirée’s voice, as opposed to prose?

Actually, like Desirée I am quite a mediocre poet but I am willing to fight for everyone´s right to write even bad poetry ! But neither Desirée or I had really any plans to publish; writing it is really more a state of mind, a relief, a consolation or a way to cope with everyday life and need not be published. Excellent poetry would really have been out of place here…

Did you do a lot of research about the daily lives of Swedish dairy farmers? Do you have a personal connection to farming yourself?

Yes. I lived on a small dairy farm in the north of Sweden for nearly 20 years, while working as a radio producer. But the book is not really autobiographical – like most books, it is a compost, “decomposed remnants of organic matter”, experiences and ideas…

Benny and Shrimp each seem like real, complex individuals, while at the same time they are representatives of certain “types,” the taciturn farmer and the bluestocking librarian. Are either of these characters based on people you’ve met?

See the answer to the question above.! All characters are of course based on people Ive met, sometimes in the mirror.

Desirée’s ambivalence about her husband’s death and her real feelings for him might come across as rather unsentimental to American readers. Do you think there are cultural differences in how the emotions of characters (particularly female characters) in novels are portrayed? Or is this ambivalence unique to Desirée?

Desiree does her best to be a good wife and to grieve properly for her husband, would American readers really blame her that she can´t? Do they think feelings can be strictly controlled? ( That is not the impression you get from reading great American literature…) But in a general sense – yes. I do think there are cultural differences in what emotions readers expect from characters in a book. (Russian men, for example, tend to find this book horrifyingly feministic.!) Though in most cultures women are expected to be more sentimental and softhearted than men. I find than in real life, men are often the more sentimental ones…

Desirée’s library colleague Inez has an unusual role to play in this love story—how and why did you develop her character and her impact on Desiree?

I am glad that you asked that question! Inez is really my favourite character – a spectator, someone who watches human life like a bird watcher - she does not really feel she is a participant but she finds it very interesting. And she has no hidden agenda. This makes her a reliable observer, not in the least sentimental. Desirée feels this and trusts her judgement. I have met Inezes, though they are quite rare. I should like to become an one myself one day.

You write from the perspective of both the man and the woman in this love story. How did you, as a woman, get yourself inside Benny’s head in order to portray him so realistically? Is there a stereotype of the “bachelor farmer” in Sweden that you were playing with?

One of the things that has amused me very much is that male readers often ask me who has helped me with “the Benny bit”. “That is exactly how guys think”, they say. But I have had no expert Male to help me, I just tried to imagine how I myself would feel and act in Benny´s situation, being reared in a certain gender tradition. ( something like what Flaubert might have meant when he said Madame Bovary, c´est moi!) Their reaction tells me, though, that there is no real difference between how men and women think, it is all a matter of upbringing. (Simone de B would have agreed)

Did you struggle with how to end the story, or did you always have this particular ending in mind?

The whole book was more like a rodeo!. I tried to stay in control but towards the end, it got out of hand. And suddenly it was all over. (That´s why I felt I had to write a sequel, a few years later)(Penguin)

The following books have been published in english.

God and I broke up

My life as a penguin 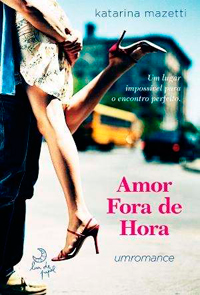 I exist in other languages too!